Cobb Energy Centre is generously supported by our corporate partners.

Cobb Electric Membership Corporation (Cobb EMC), a not-for-profit electric cooperative, safely delivers reliable electricity to more than 175,000 residential and commercial members in Cobb, Bartow, Cherokee, Fulton, and Paulding counties. Cobb EMC’s distribution system consists of 9,109 miles of line over 432 square miles. With more than 192,000 meters served, Cobb EMC is one of the largest of Georgia's 41 EMCs and among the largest of the nation's 900 EMCs.

Cobb EMC commits to safely delivering reliable, competitively priced electricity while being accountable to our member-owners through sound governance, management, operating practices and improving quality of life in our local communities.

At Gas South, our great everyday low rates aren’t the only reason why we’re one of the Southeast’s leading natural gas providers, serving Georgia and Florida. As a Georgia-based company and wholly-owned subsidiary of Cobb EMC, we’re committed to providing additional value for you with rate plans that fit all our customers’ needs, service representatives who live and work in the state, and an unwavering dedication to giving back. We call it Hometown Value, and it means you can count on:

We've been here for generations.

Our humble beginnings date back to a Georgia textile mill and a simple act of kindness. One day, a worker’s hard-earned savings spilled from the hem of her dress after it became entangled in factory machinery. Taking notice, an executive offered to secure her money in the company vault and pay her interest—a service soon extended to all workers at the mill. Their deposits marked the beginning of the company that would become Synovus.

From helping businesses across three different centuries to financing modern corporate expansions to cheering for the hometown football team every Friday night, we’ve always been proud to be part of our community. It’s why we smile when we see our customers in any of our nearly 250 locations across the Southeast—from major cities to the main-street hometowns. This is where we belong.

Welcome to the bank of here. 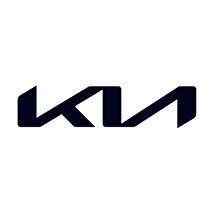 Headquartered in Irvine, California, Kia America continues to top quality surveys and is recognized as one of the 100 Best Global Brands. Kia serves as the "Official Automotive Partner" of the NBA and offers a complete range of vehicles sold through a network of more than 750 dealers in the U.S., including cars and SUVs proudly assembled in West Point, Georgia.*

For media information, including photography, visit www.kiamedia.com. To receive custom email notifications for press releases the moment they are published, subscribe at www.kiamedia.com/us/en/newsalert.

*The Telluride, Sorento and K5 are assembled in the United States from U.S. and globally sourced parts. 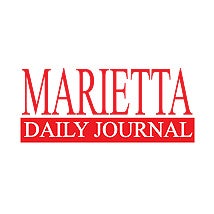 The Marietta Daily Journal traces its roots to 1866, when it was first printed by Robert McAlpin Goodman as “The Marietta Journal” on a hand press left behind by Union Gen. William Tecumseh Sherman’s army after the Civil War. The newspaper grew steadily along with the city and converted from a weekly to a daily in October 1935 during the depths of the Great Depression — an act of faith and confidence in the community’s prospects.

Meanwhile, a competing newspaper, The Cobb County Times, was first published in 1916 by Otis A. Brumby Sr., whose uncle had been commandant of the Georgia Military Institute in Marietta prior to the Civil War, and whose father and uncle were co-founders of the famed Brumby Chair Co.

The inaugural issue of the Times declared, “First, last and always, we intend to boost our county and our towns, and we desire our readers to feel free at all times to criticize the newspaper.”

The Times acquired the Journal in 1951 and moved into its present home on Fairground Street in 1970. It launched the Northside Neighbor weekly newspaper in 1968 and soon followed with other Neighbor newspapers in most of the metro area’s suburban counties under the leadership of present publisher Otis A. Brumby Jr.

And the company is still owned and operated by the Brumby family, now including a third generation, general manager Otis Brumby III having worked alongside his father since 2006.

The MDJ aims to report the news aggressively, but with candor, discretion and fairness. And to paraphrase the words of the first Otis Brumby back in 1916, we welcome our readers to feel free at all times to criticize us — and support us. 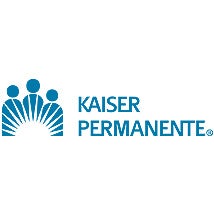 Why choose Kaiser Permanente? Because health isn’t an industry. It’s a cause. Kaiser Permanente was founded on the radically simple idea that everyone deserves the chance to live a healthy life. That’s why you can find high-quality care and coverage in one place. As a member, you’re at the center of everything we do — from pioneering new ways to treat cancer to building useful tools that make it easier to stay on top of your health. We’re all in this together. And together, we thrive.